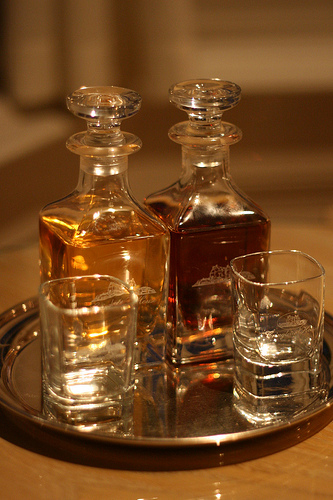 If you’re a fan of whiskey, then you’re probably noticed that some whiskeys distinguish themselves as “sour mash” spirits, including the big-name Jack Daniels. So what does this classification mean, exactly? You’ll learn all about it from at the Whiskey Class Sour Hour on Tuesday, November 7th at The Smoke Shop BBQ.

The Smoke Shop BBQ is lucky enough to have its own in-house whiskey connoisseur Jordan McCusker, and he’ll be leading the class from 6 to 8 p.m. Jordan will shed some light on the production process that incorporates sour mash and why some distillers opt for this approach over others. Along the way, you’ll get to taste four different sour mash whiskeys paired with some light bites from the kitchen. Tickets are about $48 and include your samples of food and drink.